The Twente Water Network ('Twents Waternet’) is a partnership between 14 municipalities in Twente and the Vechtstromen regional water authority aimed at tackling water and climate issues. Part of this is a joint groundwater monitoring network for Enschede, Hengelo, Almelo, Losser, Wierden, Tubbergen and Dinkelland. The network consists of more than 600 groundwater measuring points, many of which are equipped with telemetry. Project leader Patrick Spijker explains why Royal Eijkelkamp was chosen to install and manage this monitoring network.

‘Every municipality has a duty of care for groundwater under the Water Act (Waterwet, Ww). The Twents Waternet commissioned Royal Eijkelkamp to measure the groundwater levels for us. We drew up a tender with a whole programme of requirements, the most important of which was, fairly obviously, measuring the groundwater levels. Alongside requirements for the management and maintenance of the monitoring network, we also set requirements for how the data should be validated – after all, we want to have access to reliable groundwater data. The bidders had to submit a detailed plan of how they were going to achieve all this. The final stage involved a detailed study and assessment of the price-quality ratio, and Royal Eijkelkamp came out on top. I’m proud of the fact that, despite the complex tendering process and the different requirements of each municipality, Twents Waternet managed to find a good party to provide us with a solution for the groundwater monitoring network.’

‘'I'm proud that we at Twents Waternet now have
real-time access to reliable groundwater data.’’

‘I'm also proud that the Municipality of Enschede as well as other municipalities now have real-time access to the data. This is a positive step for us as a municipality and will be a huge benefit for residents. With Enschede’s history of groundwater flooding, it’s good for residents to have access to up-to-date and reliable groundwater data. This was quite a task in Enschede, as we had some 140 monitoring wells that were still being read manually. All these are now equipped with groundwater dataloggers. It was a big task, but we got the job done effectively by coordinating things properly and making clear agreements. We’re very satisfied with how the project went.’

A piece of history

Enschede used to be known as the textile city of the Netherlands. That same textile industry used huge amounts of groundwater back in the day. Other industries also withdrew groundwater, but the one that used the most by far was the textile industry. Enschede’s textile industry went bankrupt in 1960s and 1970s, leading to an end to much of the groundwater withdrawal. The groundwater rose to its original natural state, but this also created a major groundwater problem. A lot of houses and other buildings were constructed in the period that groundwater was being withdrawn and, slowly but surely, more and more groundwater problems arose. This was exacerbated by the fact that Enschede lies on a lateral moraine ridge with many clay layers in the subsoil, so we already had a problem with rainwater flooding. Both groundwater and rainwater flowed down from the lateral moraine to lower parts of the city of Twente.’

‘This was an unfortunate combination of factors and caused lots of problems for the residents of Enschede. Since then, groundwater level measurements have also been used to determine where the problems were.’

‘We now have control over the groundwater in Enschede. A good example of our current groundwater management is the neighbourhood of Roombeek, where we worked together with the regional water authority to tackle groundwater flooding and quality. After the Enschede fireworks disaster (in 2000), many residents said they’d like to see the Roombeek brook flowing through the neighbourhood once again. As mentioned, Enschede is located on a push moraine, and the brooks that used to flow through Enschede were all rain brooks. People wanted the brook to be refilled with water, especially in the summer when the weather is more pleasant. So, we set to work and started “connecting the dots.” We now withdraw groundwater to ensure the quality of the groundwater. That water is then purified and eventually ends up in the Roombeek brook, so that it transports groundwater even when it’s nice weather. Roombeek is therefore a good example of an integrated approach to water issues.’ 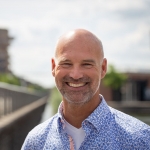 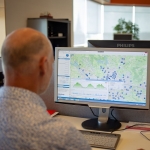 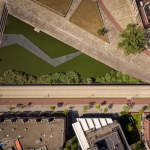 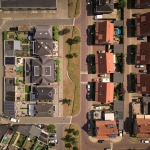 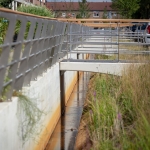 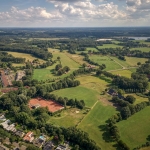 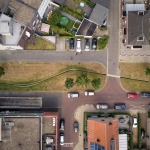 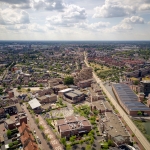