The Noorderbrug project in Maastricht has improved the flow of traffic that has to cross the Meuse river on the north side of the city. As Senior Advisor at Antea, Bjorn Vink was closely involved in this infrastructure project in the south of the Netherlands, which used Eijkelkamp Soil & Water equipment.

‘Because I have previously been involved in similar projects in and around the city of Maastricht, the client consulted me as an area expert for this project. For this I worked with Antea colleagues Paul Diederen and Feodor van Heur as well as Arjen Wijdeveld of Deltares. Arjen has a working background in hydrologics and is an expert on leaching. As part of the project, we mainly focused on the former branch of the Noorderbrug bridge on the west side of the Meuse. A new road was constructed for this, with immobilisate used for the foundations. When the immobilisate was laid, it had to be monitored, as parties were interested in knowing how it behaved in the soil. For example, does it leach and if so to what degree? Are the substances in it sufficiently bound or do substances leach into the environment?’

‘We also used Eijkelkamp Soil & Water monitoring equipment to monitor the groundwater levels and water levels in the canals. This gave us more insight into these relationships. For example, the Meuse ebbs and flows and the entire area is affected during high tides. The subsoil of Maastricht and the surrounding area is characterised by many different situations, which makes the groundwater system incredibly complex. We knew about this for certain areas, but it was not known for this specific area. This has now been recorded in detail through intensive monitoring, both in the time invested as well as the number of measuring points taken into account.’

‘Learning the behaviour requires a large number of measurements.’

‘Data were sent via modems so that we could monitor this online. We also received the occasional warning after some rain caused moisture to spill to a drain. This meant that we had to take a sample to the lab. Our field employee checked the monitoring wells if one of the EC or pH meters gave strange readings, because then you know that something is being transported.’

‘I gained a wealth of experience through the large-scale Avenue2 tunnel project in Maastricht, such as issues with pollution and tunnel construction. Because if you are going to drain, you could inadvertently suck a spot containing Volatile chlorinated hydrocarbons into the construction pit. If that happens, people will have to work in decontamination suits. Those are the kinds of situations you want to avoid, so we did a lot of complex research in that area. The Noorderbrug project was certainly not a regular project either. But together, including with the help of Feodor van Heur and Arjen Wijdeveld, we devised a practical monitoring approach to track any leaching of immobilisate material. This was also a requirement specified by the competent authority. We needed to establish whether measures had to be taken. You want to have a foundation and measurement data for analyses and discussions. Thanks to all the data we collected, we now have a keen understanding of how the area works. This means that we can estimate the speed of a displacement.’

‘I have been familiar with Eijkelkamp Soil & Water for some time because of a former colleague and the Avenue2 project, in which I worked closely with Henk van Tongeren Water en Techniek, which in turn used your groundwater monitoring equipment. Once more, our experiences were positive. I enjoyed working with your Technical Projects team and using the online Web Portal, which made it easy for us to export or import all the things we needed. Because you truly monitor the project, you can view the project as a full continuous measurement. This gives you a clear picture of the hydrological system of the project area and shows the influence of channels, what happens after a heavy downpour, and how the subsoil reacts to immobilisate. Learning about the behaviour of the area means you need to perform many measurements.’

Watch the video in which Bjorn Vink tells about the project.

As an international engineering and consulting firm, Antea Group combines strategic thinking and multidisciplinary perspectives with technical expertise and a pragmatic approach to effectively solve customer challenges while delivering sustainable results for a better future. 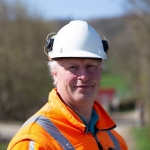 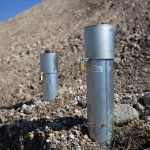 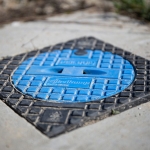 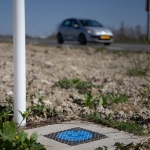 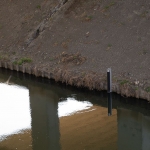 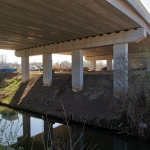 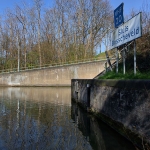 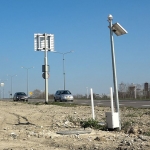 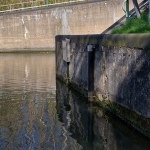