Watch the video in which Marcel Clewits talks about the groundwater monitoring network Engbertsdijksvenen.

Engbertsdijksvenen is a Natura 2000 nature preserve in the Province of Overijssel in the Netherlands. Remedial actions were prepared for this special and protected 1,000 hectare nature preserve on the basis of European regulations, to maintain and restore the existing raised bogs, among other things. To monitor the effects of the remedial actions, the Engbertsdijksvenen groundwater monitoring network was established. 59 monitoring wells were installed for this purpose within a 1.5-kilometre radius all around the nature preserve. The fact that residents and land owners are closely involved in configuring the network makes the project all the more special.

“Rewetting is essential for restoring the raised bogs. However, the surrounding area has to stay as dry as possible.”
Marcel Clewits – Technical Manager of the Engbertsdijksvenen Project

However, the nature preserve is battling drought. Due to land reclamation, for example for agricultural purposes, the groundwater level has dropped. At the present time, a development plan is being prepared that includes the formulation and implementation of remediation measures. This includes compartmentalising and filling in ditches and trenches, for example. All intended to raise groundwater levels in this nature preserve and to as much as possible retain the rainwater in this region so that the recovering raised bogs become sufficiently moist.

The measures are not only confined to the nature preserve, but beyond it as well. The LTO Noord, an interest group of and for agricultural farmers in the 9 Dutch provinces above the Meuse River, has been asked to prepare a development plan for this purpose. Rewetting is essential for restoring the living raised bogs in this nature preserve. However, the surrounding area must stay as dry as possible. The measures we are proposing must have as little impact on the surrounding environment as possible. This is why we want to gain proper insight into the groundwater levels at the present time as well.

“The monitoring network was developed together with local residents and landowners.”

“Over the coming years a great deal of measuring and monitoring will occur all around this nature preserve. We are building up a measurement series so as to have a clear picture of the effects of the implemented measures later on, so that we can respond to this on a timely basis.”

The key issue within the Engbertsdijksvenen Planning Project is how to effect the rewetting required to achieve the nature objectives set out for this area. Together with other experts, including hydrologists and ecologists, a Core Team is working on further detailing and elaborating the regional analysis for the purpose of ultimately coming up with a proposal for the measures to be implemented and a well-supported development plan. The development plan will be adopted by the Project’s Management Advisory Committee and submitted to the Province of Overijssel. 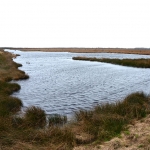 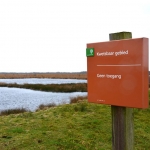 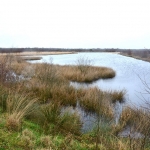 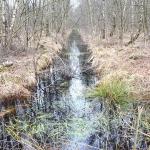 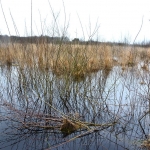 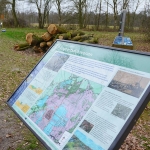