The Twente canals (Twentekanalen) play an essential role in logistics for shipping from and to the ports of Almelo, Hengelo, and Enschede. As transport by water is set to increase in the coming years in this region, the Twente canals need to be widened. Groundwater levels are monitored carefully before, during, and after the works in the project area. Key officials Xander Tekelenburg (from Tauw contracted by Rijkswaterstaat ([Directorate-General for Public Works and Water Management]) and Wilco Klutman (Arcadis) explain why.

Tekelenburg: ‘Commissioned by Rijkswaterstaat, the Twente canals from Delden to Almelo and from Delden to Enschede are being deepened across a total length of some 35 kilometres, as well as being widened in some places. The canal itself will not become wider, apart from at a few locations. The narrow, shallow channel within the sheet piling is being widened to enable two-way shipping traffic. Vessels currently navigate the area half loaded, as their draught would otherwise be too deep. They will soon be able to carry more freight and pass each other, which will result in improvements in both efficiency and safety. Groundwater problems can occur during the works on the Twente canals. There is a risk that dredging will impact the sealing effect of the silt layer.’

‘During the preliminary phase we discussed how to resolve this, how to manage the groundwater, and what is possible technically. In the end we devised a solution that introduces a new canal sealant layer on the bed of the Twente canals. We needed an extensive measuring system to test that the solution works. Such a system enables you to check whether the desired solution works and you can make any necessary adjustments in time.’

‘An extensive measuring system is vital to test
whether the solution works and to enable
timely and controlled adjustments.’

‘The maintenance carried out on the Twente canals around ten years ago caused a lot of inconvenience for local residents. Klutman: ‘This led to the introduction of a measuring system of some 100 monitoring wells in the following years. These monitoring wells, equipped with a Diver (pressure transducer), were read four times a year. For the current project, we quickly came to the conclusion that we needed more measuring points and needed to use telemetry. We now have 254 monitoring wells in residential areas and agricultural areas, as well as close to the canal. Some are in a line of direction, while other monitoring wells are immediately adjacent to the canal (in the same aquifer as the canal) enabling the groundwater level reactions to the works to be measured as quickly as possible.’

Tekelenburg says, ‘It is vital that we have sufficient measurement points and sufficient data. That is why the monitoring wells are being measured for at least one hydrological year to obtain a good baseline before the works start in 2021’ Klutman explains, ‘As well as a Diver, the monitoring wells are now also equipped with a modem that transmits groundwater data to the Web Portal. The need for high quality data is now greater than ever. The people monitoring groundwater levels need a good reference point. They will need to act on alarms and you only want to do this if the alarm is relevant. That is why we need to

become really familiar with all measuring points now, and learn to read the alarms. We already received a fluctuation alarm at a monitoring well but this was because it was positioned close to a sprinkler well. The groundwater data are also fed through a validation tool, which means that if something is measured that is not technically possible, we’ll hear that immediately. We also take manual measurements occasionally. We produce detailed reports for Rijkswaterstaat twice a year and we check that the measuring system meets quality requirements.’

‘Of the total 254 measuring points, four have been configured as surface water measuring points. These are located in the adjacent lakes, a former sand extraction site and in the canal itself. There are alarm functions here too and we’ve already had a few frights. Like groundwater, surface water doesn’t fluctuate that quickly, so if there is a change of over 10 cm in an hour, something very strange is going on. It has happened a few times now that measurements were taken just as a vessel passed by. We’d actually just measured either the bottom or the top of the wave, so the differences in the measurements were really huge. And that applies to temperature differences too, because vessels draw cold water from the bed towards the surface. While canal water is usually seventeen or eighteen degrees, after a vessel had passed by we, measured just 9 degrees. The information we gained also helps us validate the surface water data.’

Tekelenburg: ‘We work really well together on this project. Eijkelkamp Soil & Water collects reliable groundwater data, Arcadis delivers this in time, and Tauw converts the data into relevant information. We are also continuously monitoring how to get the best from the Web Portal. You want one-click access to clear overviews and reports so you can focus mainly on interpretation, analysis, and advice. Eijkelkamp Soil & Water really involves us in this. Data also need to be entered into the Dutch Key Register of the Subsurface (BRO) and there may soon be a public portal for local residents. What data should we release? And how quickly? Should we validate the data first? We’re all currently mulling over these questions.’

Klutman says, ‘When the monitoring wells were being installed the collaboration with Eijkelkamp Soil & Water and environmental fieldwork agency, VCMI was also extremely effective. The employees know what they’re doing, and have a wealth of experience in installing good monitoring wells. They are also extremely pragmatic, because it doesn’t matter how well prepared you are, you always come up against unforeseen situations. But we only heard about these afterwards. That’s a huge advantage of collaborating with two of the big leading parties. Employees are experienced and understand the project conditions and requirements. The coordination between us was really fantastic.’

Watch the video in which Xander Tekelenburg and Wilco Klutman tell more about the project.

Widening the Twente canals will ensure that the ports of Almelo, Hengelo, and Enschede are more easily accessible for larger and more heavily loaded vessels. The widening will result in an economic boost, and will also help enhance Twente’s position as logistics hub. The project is also important from the viewpoint of sustainability. Transporting more freight via inland shipping reduces traffic on the roads.

‘We carried out a temporary water level increase in the canal between Hengelo and Enschede last year, where the water level was increased by 45 cm to check the risk of seepage erosion, or piping. The objective was completely different than the objective we’re measuring for now, but it was extremely valuable. The measuring frequency was adjusted to ten minutes especially for this ‘parallel project’. Usually, once an hour is sufficient, but the fact that it’s easy to modify the measuring frequency offered us a wealth of data. This enabled us to practise using the system and examine how the canal influences the local environment. How quickly do the monitoring wells react? Which monitoring wells do or don’t react and at what speed?’ 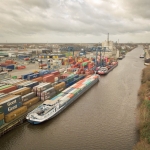 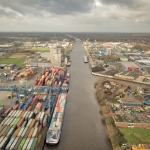 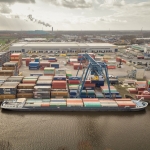 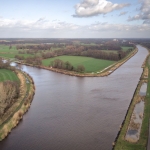 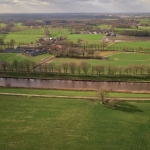 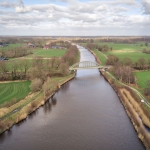 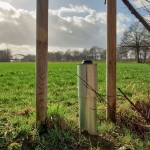 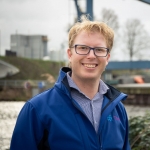 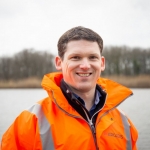 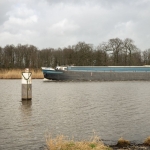 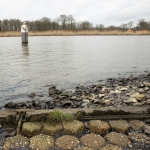 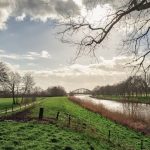 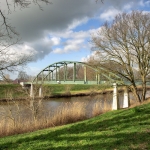 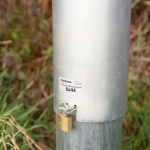