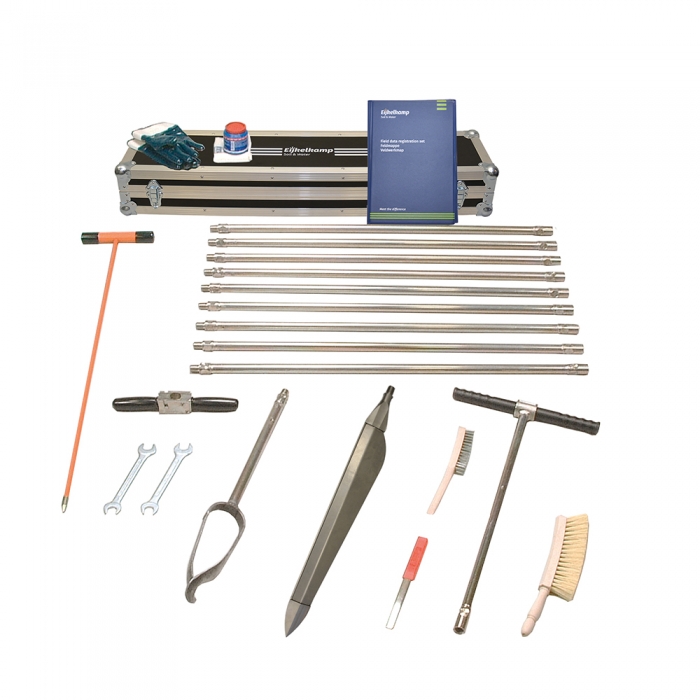 The sample containing section is sealed off by a plate (fin) that can pivot around the axle in the middle of the sampler and that is fitted with a cutting edge on one side. Having arrived at the correct sampling depth the complete sampler is given half a turn clockwise (180°). During the turning the fin remains in position which allows the half cylinder to be filled and closed again.

The half circular sample cylinder is kept closed by the other side of the fin during extraction.

The peat sampler is only suitable in flabby and very soft soils. To achieve maximum stability the connections between the T-handle, the extension rods and the bottom part have been executed as conic threaded connections.

The standard set consists of: a T-handle with extension rods, an Edelman auger, a peat sampler, a push-/pull handle, tools, maintenance kit and a fibre glass utility probe. The whole is kept in a sturdy aluminum transport case.

The peat sampler enables to take undisturbed samples from soft soils at predetermined depths on behalf of: 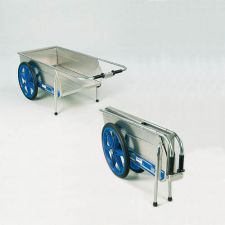 You are also fully-mobile in the field with the collapsible fieldcart. The sturdy aluminium... 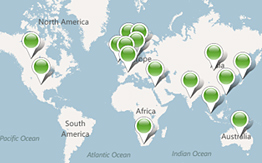