Spring is coming. The season in which the giant hogweed also comes up again. Make sure this plant does not cause any nuisance. Buy our giant hogweed Auger today.

In order to make the control even more effective, a hand auger was developed in collaboration with Landscape Management Flevoland to remove the roots: the giant hogweed auger. 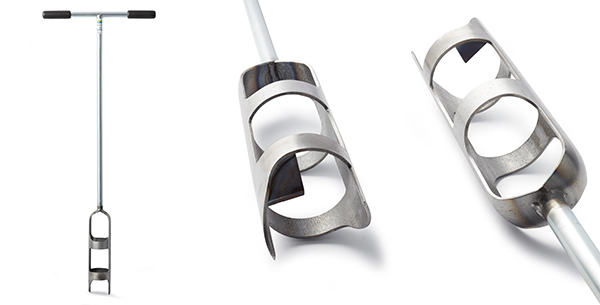 The auger body is 33 cm long, with a diameter of 89 mm. The one-piece auger has a total length of 111.4 cm. The auger is easily emptied using a Bent spatula.